The philosophical ladder of Our Worshipful Rite is composed of 95 degrees or, it would be be better to say 'steps'. These different levels of Masonic work, even if they can seem redundantly numerous, they must be always considered as a project to be realized in stages, in which the Master Mason undertakes a descent in the depth of his own being. However, if the possibilities, in terms of paths, are innumerable, the journey always leads, inevitably, to the conclusion of the Great Work. To have a correct understanding of the Corpus used by the A.P.R.M.M., it is opportune to consider it, in his complex structural unity as a repository of Masonic degrees that are no longer practiced, due to various circumstances, in contemporary masonry

Also, to avoid dissipating time and energy, it must be explained that the multiplicity of the degrees to practice doesn't correspond to an equal multiplicity of occasions to administer some type of power:
the degrees don't have political or other kind of value except educational-initiatic; the gradual advancement corresponds only to the gradual attainment of the objectives of the different stages of the initiatic run. The rituality of the A.P.R.M.M. it is only a precious opportunity of study and deepening of all spiritual currents that have transited within Universal Freemasonry, from it’s to rise to today.

One of the objectives of our studies is the acquisition of the principles of Classical Gnostic Tradition, being so little diffused and superficially treated during the work of Craft Masonry. When we speak of Classical Gnosis we refer to the doctrine that is founded on the followings principles: pre-existence of the souls; descent in carnal forms; consequent abandonment of the PLEROMA (superior world, beyond the senses) for the KENOMA (inferior world of the form) and, subsequently, the possibility re-ascending again it toward the PLEROMA; study of the arcane of a posthumous existence, evoked in the ritual Masonic symbolism with the expression Eternal East. The study of these arcana that follow the first three degrees of Craft Masonry will be faced through opportune rituals containing symbols and elements deriving from ancient traditional disciplines (for instance, the Alexandrian Gnosis and the Jewish Qabalah) and characterized by signs, marches, passwords traceable to the ancient oriental traditions (like Tao ism and Tibetan Buddhism).

We will not dwell on the numerous symbolic references, used in the ritual Chambers, relative to the socalled occult sciences like the alchemy, astrology and Theurgy. At the same time, for those that succeed in listening to the voice of their own "internal essence", the specific ritual activity also represents an extraordinary and concrete possibility to acquire and to understand the knowledge of the "Royal Secret". The Fundamental characteristic of Our Worshipful Rite is, finally, its firmly deist and spiritual intimate nature. It is the definite acceptance of the fundamental principle of the eternity of the spirit and the immortality of the soul or, of some survival after the death of the physical body. This is the extent of the dogma of the A.P.R.M.M. In fact it is not tied to nor does it depend on any religion and leaves to every member total freedom of opinion and thought. 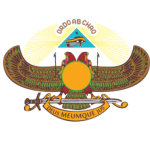