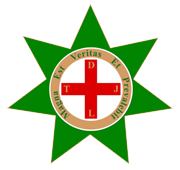 Coat of Arms of the Order of the Red Cross

ORDER OF THE RED CROSS - Here again we revert to the period of the Royal Arch Degree, when the Jews were returning from Babylon to Jerusalem to rebuild the Temple. One of their number prevails upon the King to restore to the new Temple the Holy Vessels carried away by the Babylonian armies when the first Temple was destroyed. In presenting his plea before Darius the King, a powerful testimony to the almighty force of Truth was offered, and a new Order founded, which is a fitting foundation stone for the Orders that follow. 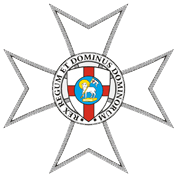 ORDER OF MALTA AND THE MEDITERRANEAN PASS - Shifting to the time of the Crusades, admission to the Mediterranean Pass is sought, that a safe pilgrimage to the Holy Sepulchre might be undertaken. This is a very sublime and sacred Order, which culminates in the enrollment of the suppliant as a Knight of Malta.

Coat of Arms of the Order of the Temple

ORDER OF THE TEMPLE - No Degree or Order in Masonry is more solemn, more impressive or more soul-searching than the Order of the Temple. It becomes a fitting climax to the labors of the humble penitent, who has faithfully performed the symbolic seven years of preparation for this consummation of his endeavors, his knighting as a Christian Warrior.

Knights Templar were so named because of their close association with the site of the Temple, during the number of years that they occupied and held Jerusalem. The Ancient Order of the Temple has been dispersed, and the warlike spirit of the Order has passed away, but there remains a spirit of refined and moral Chivalry, which prompts its members to be ever ready to defend the weak, the innocent, the helpless and the oppressed and thus warrant the title of true KNIGHTS TEMPLAR.

The Order of the Temple has been called the most beautiful of all the Orders and Degrees of Masonry; and no Mason, who is a believer in the Christian religion, should be satisfied until he has received this, the capstone, of the York Rite.