GENERAL PRINCIPLES
OF THE ANCIENT AND ACCEPTED FREEMASON'S SCOTTISH RITE

Seven points of the ancient and accepted rules - principles

Freemasonry is the brotherhood that encompasses the whole world. Its roots reach up to the very origins of the human community. In its teaching it identifies and accepts the higher origin expressed with the name The Great Architect of Universe.

All genuine Freemasons, regardless of their homeland, form the united brotherhood that is spread all over the world. Together, they form a Freemasonry chain.

Every Supreme Council governs the Ateliers within its obedience in accordance with its Constitution. The authority of the Supreme Council in the protection of general rules of the Scottish Rite and basic principles of Freemasonry is sovereign and independent over the entirety of its territorial supremacy.

The activity of the Supreme Council refers only to Freemasons under its authority.

The most important duty of an genuine Freemason is the loyalty to its own country. Among other of his duties there is the respect of a given oath that tightens him with the Rite and his Lodge where he attained the light and Freemason's outfit. 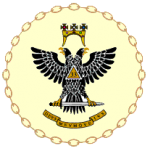