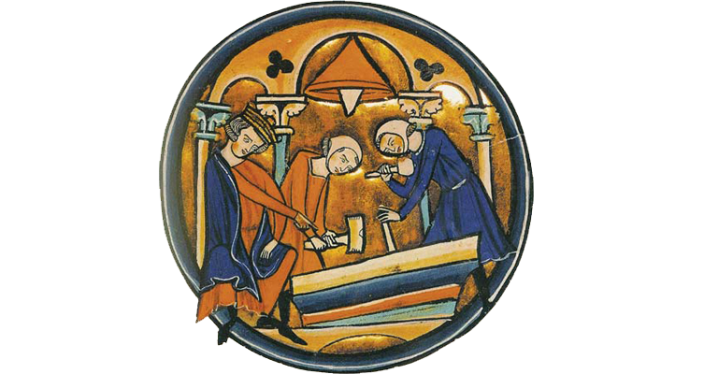 The concept of organized Freemasonry in the world has been living for more than three centuries and Croatian Freemasons are certainly an integral part of that rich tradition. During humanity’s stormy history, many governments and social powers persecuted and prohibited the activities of Freemasons, attempting to destroy this old and independent brotherhood. Nevertheless, its universal idea resisted all attacks and temptations, firmly tied by the hand of communion in the global fraternal chain.

Freemasonry is the expression of man’s general aspiration to build a better environment for himself and for all others. A free man must have the possibilities to live in peace, happiness and fulfilment, to build a society of fairer distribution of the world’s material and spiritual riches, as well as consuming the liberty of thought. The task of the Freemasons is to recognize and give their hand of support to all those who need it. The Freemasons’ mission is to cherish and share sincere fraternal love for their neighbours and any other open-minded men and to spread the truth of the values that are the basis of Freemasonry. They witness through their own undertakings and lifestyle characteristics of freedom, honour, humanity, fraternity and equality among people, regardless of anything else which distinguishes them.

The beginning of Freemasonry in our area goes back almost to the time when it was established in England three centuries ago. The roots of Freemasonry in Croatia’s rich history go deep: from the first Masonic Lodge founded in Glina by French officers, through the Austro-Hungarian Lodges where Croats played significant roles, from Count Ivan Drašković up to the great men of modern times. As a matter of fact, the history of Croatian Freemasonry represents a series of interruptions, prohibitions and cessations of the activities in our Lodges, persecutions and imprisonments of Freemasons, but as well repeatedly opening the Lodges and relighting the candles of truth, whenever historical circumstances allowed it. Regimes came and passed, replacing one another, but the idea of freedom has always endured. The reach of civilisation and the degree of its democracy is often measured by the undisturbed development of the Masonic Fraternity.

Throughout history, Freemason was and remains a personification of chastity, of readiness to share with his Brother a glass of wormwood and honey, to lend a hand to the needy, to fight by his words and deeds for every man’s right to freedom and equality, for development of the community and its progress, always respecting the Laws of his country. Croatian Freemasons have left behind them many valuable and significant pieces of art, advances in medicine and science, architectural designs and monumental buildings and also in many other walks of life. Always modest, they strived that their only testament is their legacy of deeds to the benefit of their homeland.

Freemasonry is a way of life. Many people around us live the values that are promoted by the brotherhood of Freemasons. We recognise them as “Freemasons without aprons”. One of the duties of Freemasons is giving a hand of support to these people, encouraging them on their life journey. These “noble plants” should be watered carefully enabling them to develop all their qualities and abilities.

New generations, which have inherited the rich legacy of the Croatian Freemasons, have an obligation to continue where their predecessors stopped, to spread the fraternal chain of love for man and country, and to be vigilant that nobody jeopardize the noble idea of Freemasonry.

Grand Master of the Grand Lodge of Croatia